The Political Economy of Cooperatives and Socialism 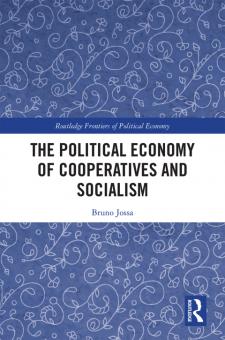 This book argues that capitalism cannot be said to be truly democratic and that a system of producer cooperatives, or democratically managed enterprises, is needed to give rise to a new mode of production which is genuinely socialist and fully consistent with the ultimate rationale underlying Marx’s theoretical approach. The proposition that firms should be run by the workers on their own, was endorsed by John Dewey, the greatest social thinker of the twentieth century, but is also shared by Marxists such as Anton Pannekoek, Karl Korsch, Angelo Tasca, Antonio Gramsci and Richard Wolff. This book explores the history of this argument taking in concepts from economic and political thought including historical materialism, cooperation, utopianism and economic democracy. The book will be of significant interest to scholars and students of political economy, Marxism, socialism, history of economic thought and political theory.