Political Participation in Iran from Khatami to the Green Movement 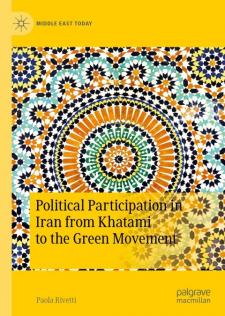 This book examines the unintended consequences of top-down reforms in Iran, analysing how the Iranian reformist governments (1997–2005) sought to utilise gradual reforms to control independent activism, and how citizens responded to such a disciplinary action. While the governments successfully ‘set the field’ of permitted political participation, part of the civil society that took shape was unexpectedly independent. Despite being a minority, independent activists were not marginal: without them, in fact, the Green Movement of 2009 would not have taken shape. Building on in-depth empirical analysis, the author explains how autonomous activism forms and survives in a semi-authoritarian country. The book contributes to the debate about the implications of elite-led reforms for social reproduction, offering an innovative interpretation and an original analysis of social movements from a political science perspective.