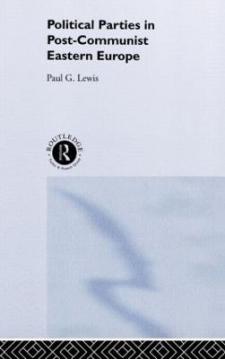 Political Parties in Post-Communist Eastern Europe is the first textbook to survey the course of party developments in eastern Europe as a whole in the post-Communist period. This book relates the specifics of the post-communist situation to the broader picture of the early stages of party development in western Europe and also to contemporary models of party organisation in established democracies.
The book includes:
* a brief historical introduction to the context of post-communist change
* the process of competitive party formation and democratic elections
* the development of independent parties; their ideologies, and electoral volatility
* the structure and level of organisation developed by new parties
* an analysis of stable party systems which have emerged in eastern Europe and the contribution they make to emerging democracies in the region
Party Politics in Post-Communist Eastern Europe will be a comprehensive and invaluable resource, accessible to undergraduates of politics and European studies, as well as the non-specialist reader.