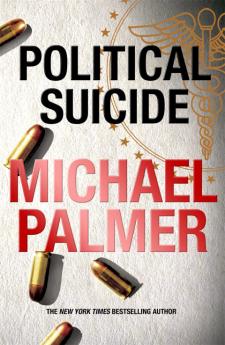 A shocking medical-political thriller featuring Dr Lou Welcome by the New York Times bestselling author and master of suspense. For fans of Robin Cooke and Michael Connelly. A cover-up gone awry. A physician accused of murder. A truth that threatens the entire country... When high-society doctor Gary McHugh believes he will be arrested for murder, he turns to old friend Dr Lou Welcome for help. After a medical visit to powerful Chairman Elias Colston, McHugh was found blacked out from alcohol in his wrecked car, while Colston was discovered shot dead in his own garage. McHugh has no recollection of events, and no one who might believe his innocence, other than Lou. But as more facts come to light, even Lou has serious doubts. Together with attorney Sarah Cooper, Lou finds himself at the heart of a deadly conspiracy where the lines between right and wrong are frighteningly blurred. For if Lou and Sarah can't uncover the truth behind Colston's death, America could be at risk from attacks that will destroy America's national security for ever.