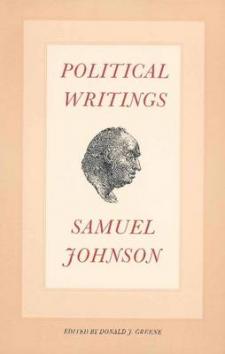 The eighteenth century produced a remarkable array of thinkers whose influence in the development of free societies and free institutions is incalculable. Among these thinkers were Mandeville, Hutcheson, Smith, Hume, and Burke. And their time is known as the Age of Johnson. Samuel Johnson: Political Writings contains twenty-four of Johnson's essays on the great social, economic, and political issues of his time. These include 'Taxation No Tyranny' -- in which Johnson defended the British Crown against the American revolutionaries -- and 'An Introduction to the Political State of Great Britain', 'Thoughts on the Coronation of King George III', and 'The Patriot', which is one of Johnson's principal writings during the American Revolution.