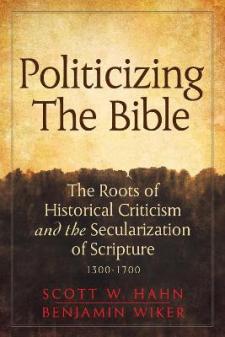 Resisting the typical, dry methods of contemporary scholarship, this powerful examination revisits the biblical days of life-and-death conflict, struggles for power between popes and kings, and secret alliances of intellectuals united by a desire to pit worldly goals against the spiritual priorities of the church. This account looks beyond the pretense of neutrality and objectivity often found in secular study, and brings to light the appropriation of scripture by politically motivated interpreters. Questioning the techniques taken for granted at divinity schools worldwide, their origins are traced to the writings of Machiavelli and Marsilio of Padua, the political projects of Henry VIII, Thomas Hobbes, and John Locke, and the quest for an empire of science on the part of Descartes and Spinoza. Intellectual and inspiring, an argument is made for bringing Christianity back to biblical literacy.