politics of airport expansion in the United Kingdom 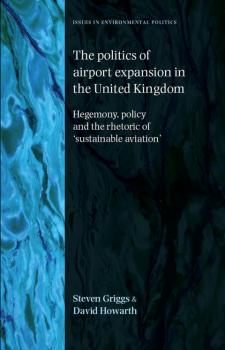 The massive expansion of global aviation, its insatiable demand for airport capacity and its growing contribution to carbon emissions make it a critical societal problem. Alongside traditional concerns about noise and air pollution, airport politics has been connected to the problems of climate change and peak oil. Yet it is still thought to be a driver of economic growth and connectivity in an increasingly mobile world. The politics of airport expansion in the United Kingdom provides the first in-depth analysis of the protest campaigns and policymaking practices that have marked British aviation since the construction of Heathrow Airport. Grounded in documentary analysis, interviews and policy texts, it constructs and employs poststructuralist policy analysis to chart rival groups and movements seeking to shape public policy. This book will appeal to people interested in the history of aviation and airports in Britain, local campaigns and environmental protests, and the politics of climate change.