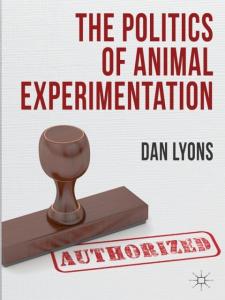 The reality of animal experimentation and its regulation in Britain have been hidden behind a curtain of secrecy since its emergence as a political controversy in the 1870s. Public debate and political science alike have been severely hampered by a profound lack of reliable information about the practice. In this remarkable study, Dan Lyons advances and applies policy network analysis to investigate the evolution of British animal research policy-making.