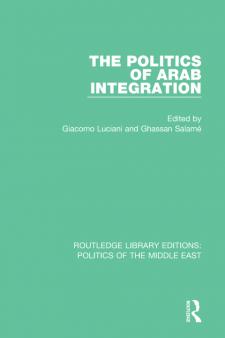 This volume, first published in 1988, is the result of a major research project, the most important inquiry into the fundamental political structure of the Arab world. It is often argued that Arab states are arbitrary political creations that lack historical or present legitimacy and are unable to relate to each other in a productive way. It is further suggested that the demise of pan-Arabism merely underlines the inability of individual Arab states to integrate either domestically or internationally. This book, Volume Four in the Nation, State and Integration in the Arab World research project carried out by the Istituto Affari Internazionali, sets out to answer the questions of Arab integration, with articles from a wide range of contributors from around the world.