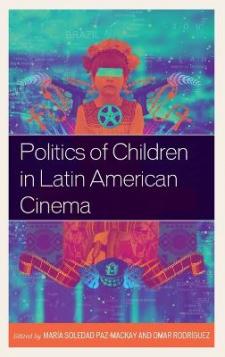 Politics of Children in Latin American Cinema explores the trend of portraying children and adolescents in a subjective, adult-constructed point of view in Latin American cinema. This trend, in which the filmmakers are able to express their own anxieties while subordinating the child's, draws new political implications to these constructions of children's subjective character. Chapters in this volume touch on intersectional historic contexts, such as the Brazilian judicial system, Mexico's youth protest, Venezuelan social crisis, the Southern Cone's post-dictatorships, and race and gender issues in Peru, Ecuador, and Argentina to elucidate these implications and how they affect child agency. Contributors to this book argue for children's increased agency in film and in society as they analyze films in which children have more active roles. These films mirror the shift toward filmmaking that emphasizes innovative narratives and aesthetic techniques that allow children to be portrayed as social commentators, rather than passive figures. Scholars of Latin American studies, film studies, history, sociology, race studies, and gender studies will find this book particularly useful.