Politics, Paradigms, and Intelligence Failures: Why So Few Predicted the Collapse of the Soviet Union 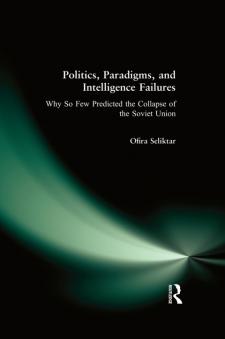 Washington's failure to foresee the collapse of its superpower rival ranks high in the pantheon of predictive failures. The question of who got what right or wrong has been intertwined with the deeper issue of "who won" the Cold War. Like the disputes over "who lost" China and Iran, this debate has been fought out along ideological and partisan lines, with conservatives claiming credit for the Evil Empire's demise and liberals arguing that the causes were internal to the Soviet Union. The intelligence community has come in for harsh criticism for overestimating Soviet strength and overlooking the symptoms of crisis; the discipline of "Sovietology" has dissolved into acrimonious irrelevance. Drawing on declassified documents, interviews, and careful analysis of contemporaneous literature, this book offers the first systematic analysis of this predictive failure at the paradigmatic, foreign policy, and intelligence levels. Although it is focused on the Soviet case, it offers lessons that are both timely and necessary.