The Politics of Technology in Latin America (Volume 1) 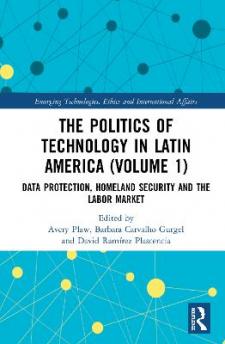 This book analyses the arrival of emerging and traditional information and technology for public and economic use in Latin America. It focuses on the governmental, economic and security issues and the study of the complex relationship between citizens and government.

The book is divided into three parts:

* 'Digital data and privacy, prospects and barriers' centers on the debates among the right of privacy and the loss of intimacy in the Internet,

* 'Homeland security and human rights' focuses on how novel technologies such as drones and autonomous weapons systems reconfigure the strategies of police authorities and organized crime,

This first volume in a two volume set will be important reading for scholars and students of governance in Latin American, the protection of human rights and the use of technology to combat crime and the new advances of digital economy in the region.