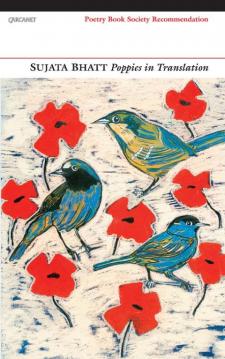 Indonesia, South Africa, Estonia, Lithuania, Shetland, Nicaragua - many worlds meet in these poems as nature dyes Sujata Bhatt's many languages with its own hues. The real merges with the surreal and the allegorical, certainties are undone in an open-ended quest. A Chinese cook ignores a predatory snake, Gregor Samsa's sister proposes a different sort of metamorphosis, a woman hears her daughter's voice in birdsong - and the poppies in translation' mutate according to the languages and histories they inhabit, ultimately persisting in a space beyond language. At times, language itself is injured by history: Bhatt reimagines the haunted undertow' of post-war German as experienced by Paul Celan and Ingeborg Bachmann. Meanwhile, the poppies are ever-present, with their black souls in the wind'