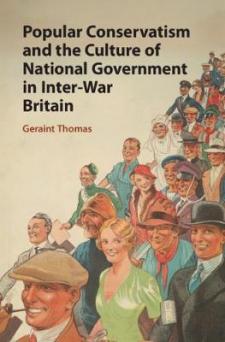 This radical new reading of British Conservatives' fortunes between the wars explores how the party adapted to the challenges of mass democracy after 1918. Geraint Thomas offers a fresh perspective on the relationship between local and national Conservatives' political strategies for electoral survival, which ensured that Conservative activists, despite their suspicion of coalitions, emerged as champions of the cross-party National Government from 1931 to 1940. By analysing the role of local campaigning in the age of mass broadcasting, Thomas re-casts inter-war Conservatism. Popular Conservatism thus emerges less as the didactic product of Stanley Baldwin's consensual public image, and more concerned with the everyday material interests of the electorate. Exploring the contributions of key Conservative figures in the National Government, including Neville Chamberlain, Walter Elliot, Oliver Stanley, and Kingsley Wood, this study reveals how their pursuit of the 'politics of recovery' enabled the Conservatives to foster a culture of programmatic, activist government that would become prevalent in Britain after the Second World War.