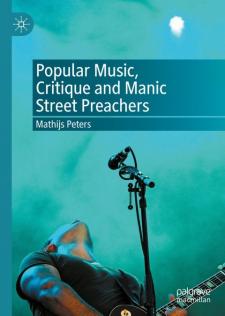 This book explores the ways in which popular music can criticise political, social and economic structures, through the lens of alternate rock band Manic Street Preachers. Unlike most recent work on popular music, Peters concentrates largely on lyrical content to defend the provocative claim that the Welsh band pushes the critical message shaped in their lyrics to the forefront. Their music, this suggests, along with sleeve art, body-art, video-clips, clothes, interviews and performances, serves to emphasise this critical message and the primary role played by the band's lyrics. Blending the disciplines of popular music studies, culture studies and philosophy, Peters confronts the ideas of German philosopher and social critic Theodor W. Adorno with the entire catalogue of Manic Street Preachers, from their 1988 single 'Suicide Alley' to their 2018 album Resistance is Futile. Although Adorno argues that popular music is unable to resist the standardising machinery of consumption culture, Peters paradoxically uses his ideas to show that Manic Street Preachers releases shape 'critical models' with which to formulate social and political critique. This notion of the 'critical model' enables Peters to argue that the catalogue of Manic Street Preachers critically addresses a wide range of themes, from totalitarianism to Holocaust representation, postmodern temporality to Europeanism, and from Nietzsche's ideas about self-overcoming to reflections on digimodernism and post-truth politics. The book therefore persuasively shows that Manic Street Preacher lyrics constitute an intertextual network of links between diverse cultural and political phenomena, encouraging listeners to critically reflect on the structures that shape our lives.