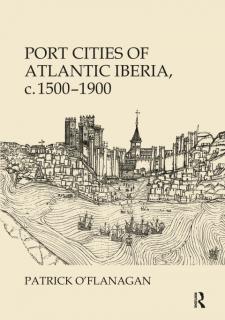 Charting the evolution of the port cities of Atlantic Spain and Portugal over four centuries, this book examines the often dynamic interaction between the large privileged ports of Lisbon, Seville and Cadiz (the Metropoles) and the smaller ports of, among others, Oporto, Corunna and Santander (the Second Tier). The book particularly focuses on the implications of state-sponsored commercial policies for the main ports of Atlantic Iberia during the monopoly period extending from 1503 to c.1778, and briefly considers the implications of the suppression of monopoly for these centres over the remainder of the nineteenth century. Patrick O'Flanagan employs a wealth of source material to provide a multi-faceted survey of the growth of these port cities, moving deftly from local concerns to regional developments and global relationships. Beyond Spain and Portugal, the book also considers the important role played by the Atlantic archipelagoes of the Canaries, the Azores and Madeira. This formidable study is an essential addition to the library of those studying Atlantic Iberia, historical geography, and transatlantic economic relationships of this period.