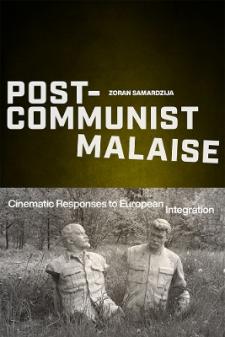 The collapse of communism in the Soviet Union and Eastern Europe was supposed to bring about the "end of history" with capitalism and liberal democracy achieving decisive victories. Europe would now integrate and reconcile with its past. However, the aftershocks of the financial crisis of 2008-the rise in right-wing populism, austerity politics, and mass migration-have shown that the ideological divisions which haunted Europe in the twentieth century still remain. It is within this context that Post-Communist Malaise revives discourses of political modernism and revisits debates from Marxism and seventies film theory. By looking at the work of Theo Angelopoulos, Vera Chytilova, Srdjan Dragojevic, Jean-Luc Godard, Miklos Jancso, Emir Kusturica, Dusan Makavejev, Cristi Puiu, Jan Svankmajer, Andrei Tarkovsky, Bela Tarr it focuses on how select cinemas from Eastern Europe and the Balkans critique the neoliberal integration of Europe whose failures fuel the rise of nationalism and right-wing politics. By politicizing art cinema from the regions, Post-Communist Malaise asks fundamental questions about film, aesthetics, and ideology. It argues for the utopian potential of the materiality of cinematic time to imagine a new political and cultural organization for Europe.