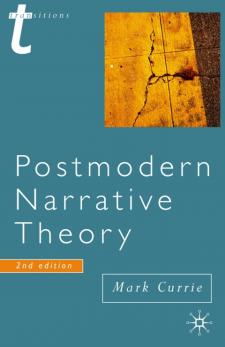 How have developments in literary and cultural theory transformed our understanding of narrative? What has happened to narrative in the wake of poststructuralism? What is the role and function of narrative in the contemporary world? In this revised, updated and expanded new edition of an established text, Mark Currie explores these central questions and guides students through the complex theories that have shaped the study of narrative in recent decades. Postmodern Narrative Theory, Second Edition:* establishes direct links between the workings of fictional narratives and those of the non-fictional world* charts the transition in narrative theory from its formalist beginnings, through deconstruction, towards its current concerns with the social, cultural and cognitive uses of narrative* explores the relationship between postmodern narrative and postmodern theory more closely* presents detailed illustrative readings of known literary texts such as Stevenson's Dr Jekyll and Mr Hyde and Conrad's Heart of Darkness, and now features a new chapter on Coetzee's Elizabeth Costello and Slow Man.Approachable and stimulating, this is an essential introduction for anyone studying postmodernism, the theory of narrative or contemporary fiction.