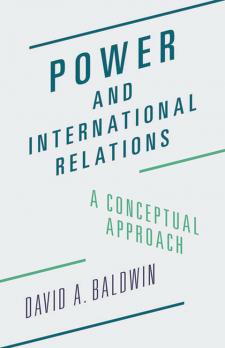 Contrary to conventional wisdom, the concept of power has not always been central to international relations theory. During the 1920s and 30s, power was often ignored or vilified by international relations scholars-especially in America. Power and International Relations explores how this changed in later decades by tracing how power emerged as an important social science concept in American scholarship after World War I. Combining intellectual history and conceptual analysis, David Baldwin examines power's increased presence in the study of international relations and looks at how the three dominant approaches of realism, neoliberalism, and constructivism treat power.The clarity and precision of thinking about power increased greatly during the last half of the twentieth century, due to efforts by political scientists, psychologists, sociologists, economists, philosophers, mathematicians, and geographers who contributed to &quote;social power literature.&quote; Baldwin brings the insights of this literature to bear on the three principal theoretical traditions in international relations theory. He discusses controversial issues in power analysis, and shows the relevance of older works frequently underappreciated today.Focusing on the social power perspective in international relations, this book sheds light on how power has been considered during the last half century and how it should be approached in future research.