The Power of Negativity 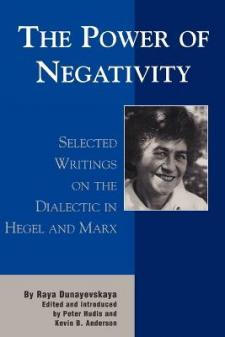 Raya Dunayevskaya is hailed as the founder of Marxist-Humanism in the United States. In this new collection of her essays co-editors Peter Hudis and Kevin B. Anderson have crafted a work in which the true power and originality of Dunayevskaya's ideas are displayed. This extensive collection of writings on Hegel, Marx, and dialectics captures Dunayevskaya's central dictum that, contrary to the established views of Hegelians and Marxists, Hegel was of signal importance to the theory and practice of Marxism. The Power of Negativity sheds light not only on Marxist-Humanism and the rooting of Dunayevskaya's Marxist-Humanist theories in Hegel, but also on the life of one of America's most penetrating and provocative critical thinkers.