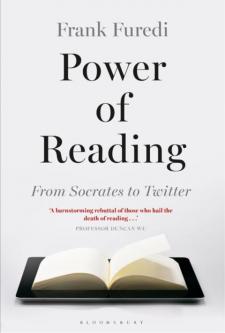 Here is a natural companion to Christopher Booker`s bestselling The Seven Basic Plots (Continuum) and John Gross`s seminal study The Rise and Fall of the Man of Letters (Weidenfeld and Nicolson). The most eminent cultural and social historian Frank Furedi presents an eclectic and entirely original history of reading. The very act of reading and the choice of reading material endow individuals with an identity that possesses great symbolic significance. Already in ancient Rome, Cicero was busy drawing up a hierarchy of different types of readers. Since that time people have been divided into a variety of categories- literates and illiterates, intensive and extensive readers, or vulgo and discreet readers. In the 19th Century, accomplished readers were praised as `men of letters` while their moral opposites were described as `unlettered`. Today distinctions are made between cultural and instrumental readers and scorn is communicated towards the infamous `tabloid reader`. The purpose of this book is to explore the changing meanings attributed to the act of reading. Although it has an historical perspective, the book`s focus is very much on the culture of reading that prevails in the 21st Century. There are numerous texts on the history of literacy (Hoggart), yet there is no publication devoted to the the history of readers and their relationship with wider culture and society. It is thus a fascinating insight into understanding the post-Gutenberg debates about literacy in a multimedia environment with such a strong emphasis on the absorption of information. Taking a cue from George Steiner, Furedi argues vigorously for the restoration of the art of reading- every bit as important as the art of writing.