A Powerful Particulars View of Causation 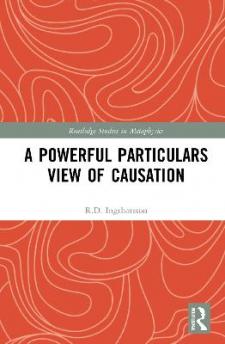 This book critically examines the recent discussions of powers and powers-based accounts of causation. The author then develops an original view of powers-based causation that aims to be compatible with the theories and findings of natural science.

Recently, there has been a dramatic revival of realist approaches to properties and causation, which focus on the relevance of Aristotelian metaphysics and the notion of powers for a scientifically informed view of causation. In this book, R.D. Ingthorsson argues that one central feature of powers-based accounts of causation is arguably incompatible with what is today recognised as fact in the sciences, notably that all interactions are thoroughly reciprocal. Ingthorsson's powerful particulars view of causation accommodates for the reciprocity of interactions. It also draws out the consequences of that view for issue of causal necessity and offers a way to understand the constitution and persistence of compound objects as causal phenomena. Furthermore, Ingthorsson argues that compound entities, so understood, are just as much processes as they are substances.

A Powerful Particulars View of Causation will be of great interest to scholars and advanced students working in metaphysics, philosophy of science, and neo-Aristotelian philosophy, while also being accessible for a general audience.