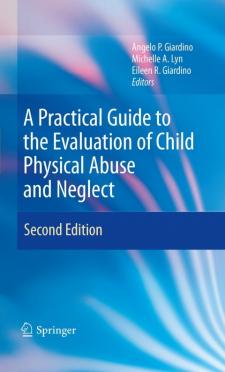 As we near the 50th anniversary of the landmark article by C. Henry Kempe and his colleagues entitled “The Battered Child Syndrome”, which ushered in the modern era of professional attention by pediatricians and other child health professionals, we have reason for both celebration and concern. We can take heart that over the recent ve decades, a great deal of professional attention focused on the problem of child abuse and neglect. In every state of the country, there are mandatory repo- ing laws that require nurses, physicians, and social workers to report suspicions of maltreatment to the appropriate authorities for investigation. The act of repo- ing provides legal immunity to the reporter except when performed in bad faith. Progress in understanding the factors that place children at risk for harm from ph- ical abuse and neglect now permits prevention and intervention. The peer-reviewed literature dealing with child abuse and neglect has proliferated with high quality work being done and reported on the many dimensions related to the epidemi- ogy, mechanism, treatment, and prognosis of child maltreatment. Efforts are being directed toward developing an evidence-based approach to the prevention of child abuse and neglect. These are some of the positives. However, negatives exist and remain reasons for concern. Despite a tremendous amount of attention to the pr- lem of maltreatment, there are at least 3 million reports of suspected child abuse and neglect made annually, with nearly 1 million cases being substantiated.