The Practitioner’s Handbook of Team Coaching 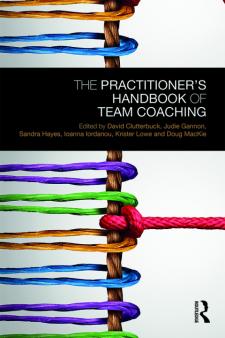 Act as a Feminist maps a female genealogy of UK actor training practices from 1970 to 2020 as an alternative to traditional male lineages. It re-orientates thinking about acting through its intersections with feminisms and positions it as a critical pedagogy, fit for purpose in the twenty-first century.The book draws attention to the pioneering contributions women have made to actor training, highlights the importance of recognising the political potential of acting, and problematises the inequities for a female majority inspired to work in an industry where they remain a minority. Part One opens up the epistemic scope, shaping a methodology to evaluate the critical potential of pedagogic practice. It argues that feminist approaches offer an alternative affirmative position for training, a via positiva and a way to re-make mimesis. In Part Two, the methodology is applied to the work of UK women practitioners through analysis of the pedagogic exchange in training grounds. Each chapter focuses on how the broad curriculum of acting intersects with gender as technique to produce a hidden curriculum, with case studies on Jane Boston and Nadine George (voice), Niamh Dowling and Vanessa Ewan (movement), Alison Hodge and Kristine Landon-Smith (acting), and Katie Mitchell and Emma Rice (directing). The book concludes with a feminist manifesto for change in acting.Written for students, actors, directors, teachers of acting, voice, and movement, and anyone with an interest in feminisms and critical pedagogies, Act as a Feminist offers new ways of thinking and approaches to practice.