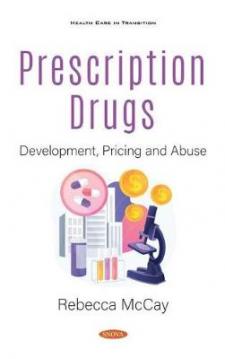 The Food and Drug Administration (FDA) awards priority review vouchers (PRV) to drug sponsors that develop drugs for tropical diseases or rare pediatric diseases or to use as medical countermeasures. The PRVawhich can be sold to another drug sponsoramay be redeemed later to receive priority review from FDA with a targeted review time of 6 months, rather than the 10-month standard review, for a drug application of the PRV holder's choice. Chapter 1 examined the number of PRVs awarded and redeemed and the drugs for which they were awarded or redeemed, and what is known about the extent to which the PRVs provide incentives for developing drugs to meet unmet needs. Chapter 2 examines the prevalence of obesity in the United States, and what is known about the use and health insurance coverage of obesity drugs. Chapter 3 discusses how to get medical care and prescription drugs during a disaster or when an emergency has been declared. The 340B Drug Pricing Program was created in 1992 to enable eligible covered entitiesaincluding certain categories of hospitalsato obtain discounts on covered outpatient drugs. Chapters 4-6 examine various aspects of this Medicare program. Chapter 7 provides an overview of how drug prices are established under Part D and describes elements of various proposals for Secretarial negotiation. To mitigate the effects of the opioid crisis in Philadelphia, a nonprofit called Safehouse announced plans to open a supervised injection site where illicit drug users could consume opioids under the supervision of trained staff, receive medical intervention in case of an overdose, and access services including addiction treatment. Chapter 8 discusses the Safehouse litigation's importance for Congress by first providing relevant factual and legal background, before identifying select considerations for Congress related to the treatment of supervised injection sites under the CSA. Parents are often concerned that their children will start (or are already) using drugs such as tobacco, alcohol, marijuana, and othersaincluding the misuse of prescription drugs. Research supported by the National Institute on Drug Abuse (NIDA) shows the important role that parents play in preventing drug use in their children.Chapter 9 highlights parenting skills that are important in preventing the initiation and progression of drug use among youth.