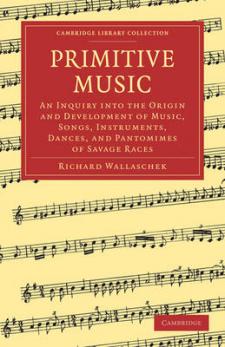 This 1893 study of the music, instruments and dance of the world's indigenous peoples reflects the Victorian view that human development moved from primitive to complex along a linear evolutionary path. Despite this standpoint, it was an important contribution to comparative musicology in the late nineteenth century, demonstrating the principle that studying the music of non-European cultures and societies could help Europeans understand their own musical tradition. On the basis of his comparative analysis, Wallaschek developed a theory that music originated from rhythm and dance rather than the melody of speech. His proposed model moved forward that of Wagner, and recognised that music is embedded as a fundamental element of social interaction. The book describes music and instruments around the world, the role of singing and dance, and tonality and harmony, before discussing the origin of music and the role of heredity and external circumstances on musicality.