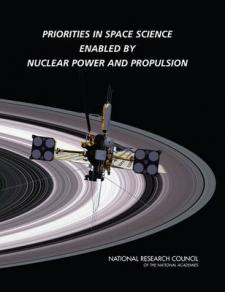 Priorities in Space Science Enabled by Nuclear Power and Propulsion

In 2003, NASA began an R&D effort to develop nuclear power and propulsion systems for solar system exploration. This activity, renamed Project Prometheus in 2004, was initiated because of the inherent limitations in photovoltaic and chemical propulsion systems in reaching many solar system objectives. To help determine appropriate missions for a nuclear power and propulsion capability, NASA asked the NRC for an independent assessment of potentially highly meritorious missions that may be enabled if space nuclear systems became operational. This report provides a series of space science objectives and missions that could be so enabled in the period beyond 2015 in the areas of astronomy and astrophysics, solar system exploration, and solar and space physics. It is based on but does not reprioritize the findings of previous NRC decadal surveys in those three areas.