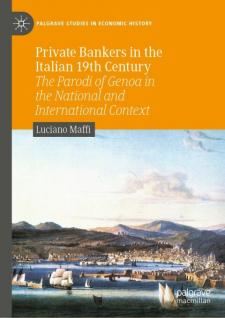 The book analyses the role of private bankers who were pivotal in modernizing the economic and financial system of Italy in the XIX century. To achieve this they needed to interact with the international haute banque to organize and place the public loans and the large investments associated with the joint-stock companies.  The theme of reputation, which is currently at the centre of the historiographical debate, is fundamental for the study of the private banker figures, whose professional success is linked to the limitless trust accorded to them by their circle of personal contacts. Historiography has studied the role of Italian bankers in the trade, credit and international finance during the modern age (XVI-XVIII centuries), but it has not analysed the banking system in the XIX century and its national and international relations. The case study of Banca Parodi of Genova fills the historiographical gap concerning the role of private bankers and banking institutions in Italy, highlighting the network between the Parodi family and the international haute banque; one of the most emblematic cases is the Rothschild family. The book presents a re-elaborates series of unpublished data, placing them at the disposal of the scientific community and analyses the role of private bankers in the development of Italian banking institutions in the XIX century to launch a scientific debate.