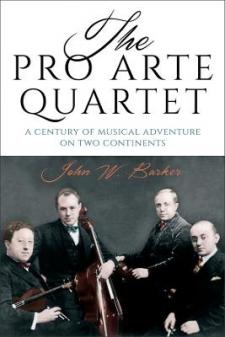 First organized in Brussels in 1912 by precocious young Belgian musicians, the Pro Arte String Quartet has survived two world wars and is still performing more than a century later -- a durability unique in the annals of such ensembles. Its membership has included such extraordinary musicians as founding first violinist Alphonse Onnou and his successor, Rudolf Kolisch. The Pro Arte was the first string quartet to be affiliated with an American university, a significant and much-imitated status, and the group continues to function in residence at the University of Wisconsin.

This book traces the Pro Arte Quartet's history from its beginnings to the present, highlighted by portraits of the diverse, fascinating, and colorful personalities, musicians and others, who have been a part of that history. The phases of its repertoires are analyzed, and the legacy of its recordings, many of pioneering significance, is reviewed. As a whole, the volume offers a panoramic window into a century of musical life.