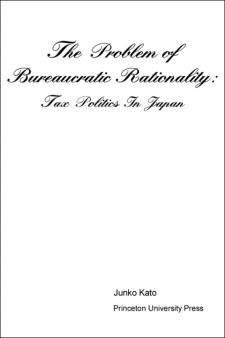 Through a detailed account of the political battles over Japanese tax reform during the last two decades, Junko Kato draws an unconventional portrait of bureaucratic motivation, showing how fiscal bureaucrats exploit their unique technical knowledge to influence policymaking. Rejecting the notion that the monopolization of policy expertise leads to bureaucratic domination, Kato contends that bureaucrats seek to increase their influence upon politicians by strategically sharing information. She also explores the reason for the relative strength of the bureaucratic organization in comparison to the governing party, whose interest in reelections and intra-party politics may pose dilemmas for individual politicians.In 1989, the Japanese Diet enacted a broad-based consumption tax after two failed attempts and in the face of widespread public disapproval. Its passage was all the more remarkable for coming just as a series of dramatic financial scandals had begun to undermine popular support for the ruling Liberal Democratic Party, fore-shadowing its fall from power four years later. Kato argues that skillful maneuvering by the Ministry of Finance, determined to ensure stable long-term revenues, was decisive in persuading a majority of legislators to oppose their constituents in endorsing an unpopular program of tax reform. Her careful analysis of the Japanese case holds important implications for the study of bureaucratic power and public policy in advanced industrial democracies elsewhere in East Asia and the West.