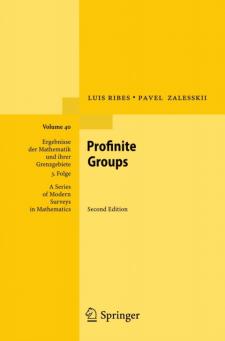 The aim of this book is to serve both as an introduction to profinite groups and as a reference for specialists in some areas of the theory. The book is reasonably self-contained. Profinite groups are Galois groups. As such they are of interest in algebraic number theory. Much of recent research on abstract infinite groups is related to profinite groups because residually finite groups are naturally embedded in a profinite group. In addition to basic facts about general profinite groups, the book emphasizes free constructions (particularly free profinite groups and the structure of their subgroups). Homology and cohomology is described with a minimum of prerequisites.This second edition contains three new appendices dealing with a new characterization of free profinite groups, presentations of pro-p groups and a new conceptually simpler approach to the proof of some classical subgroup theorems. Throughout the text there are additions in the form of new results, improved proofs, typographical corrections, and an enlarged bibliography. The list of open questions has been updated; comments and references have been added about those previously open problems that have been solved after the first edition appeared.