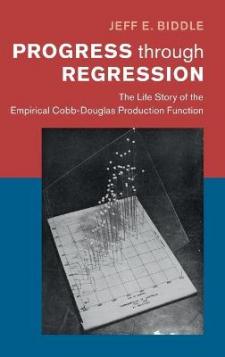 The Cobb-Douglas regression, a statistical technique developed to estimate what economists called a 'production function', was introduced in the late 1920s. For several years, only economist Paul Douglas and a few collaborators used the technique, while vigorously defending it against numerous critics. By the 1950s, however, several economists beyond Douglas's circle were using the technique, and by the 1970s, Douglas's regression, and more sophisticated procedures inspired by it, had become standard parts of the empirical economist's toolkit. This volume is the story of the Cobb-Douglas regression from its introduction to its acceptance as general-purpose research tool. The story intersects with the histories of several important empirical research programs in twentieth century economics, and vividly portrays the challenges of empirical economic research during that era. Fundamentally, this work represents a case study of how a controversial, innovative research tool comes to be widely accepted by a community of scholars.