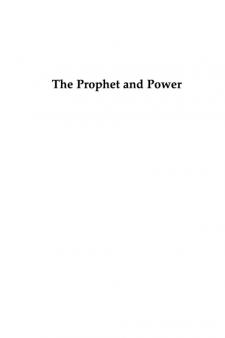 This compelling book offers a comprehensive analysis of the struggle for democracy in Haiti, set in the context of the tumultuous rise and fall of Jean-Bertrand Aristide. Swept to power in 1991 as the champion of Haiti's impoverished majority and their demand for a more just, equal, and participatory democratic society, the charismatic priest-turned-president was overthrown by the military just seven months into his first term. Popular resistance to the junta compelled the United States to lead a multinational force to restore Aristide to power in 1994 to serve out the remainder of his presidency until 1996. When he was re-elected for a second and final term in 2000, Aristide had undergone a dramatic transformation. Expelled from the priesthood and no longer preaching liberation theology, his real objective was to consolidate his and his Lavalas party's power and preserve the predatory state structures he had vowed to dismantle just a decade earlier. To maintain power, Aristide relied on armed gangs, the police, and authoritarian practices. That strategy failed and his foreign-backed foes overthrew and exiled him once again in 2004. This time, however, the population did not rally in his defense. Written by one of the world's leading scholars of Haiti, The Prophet and Power explores the crisis of democratization in a poor, underdeveloped, peripheral society with a long history of dictatorial rule by a tiny ruling class opposed to changing the status quo and dependent on international economic and political support. Situating the country in its global context, Alex Dupuy considers the structures and relations of power between Haiti and the core capitalist countries and the forces struggling for and against social change.