Protestant Communalism in the Trans-Atlantic World, 1650-1850 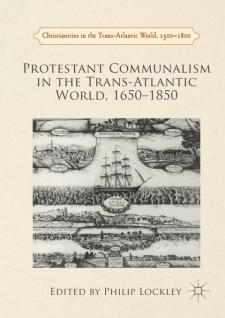 This book explores the trans-Atlantic history of Protestant traditions of communalism - communities of shared property.The sixteenth-century Reformation may have destroyed monasticism in northern Europe, but Protestant Christianity has not always denied common property. Between 1650 and 1850, a range of Protestant groups adopted communal goods, frequently after crossing the Atlantic to North America: the Ephrata community, the Shakers, the Harmony Society, the Community of True Inspiration, and others. Early Mormonism also developed with a communal dimension, challenging its surrounding Protestant culture of individualism and the free market. In a series of focussed and survey studies, this book recovers the trans-Atlantic networks and narratives, ideas and influences, which shaped Protestant communalism across two centuries of early modernity.