The Proton Launcher: History and Developments 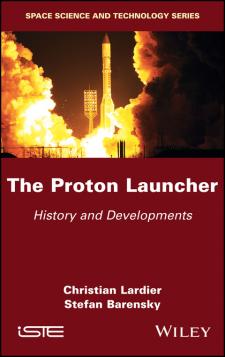 The Soviet / Russian space program was in the hands of three industrial empires: those of Serguei Korolev, the Soviet von Braun who launched Sputnik-1 and Yuri Gagarin, Vladimir Tchelomei, his main competitor, and Mikhail Yangel, Many launchers and satellites in Ukraine.
In 2011, we published a first book on the history of the Soyuz launcher that was developed by Korolev and launched more than 1,800 copies. This time, we tell the story of the Proton, the main competitor of the European launcher Ariane, which was developed by Chelomei and launched more than 400 copies. Finally, the last book of the trilogy will deal with the many developments of Yangel. In the three books, the first part deals with the history of rockets in the USSR / Russia (East) and the second part on the history of their commercialization in the West.