Psalms in the Early Modern World 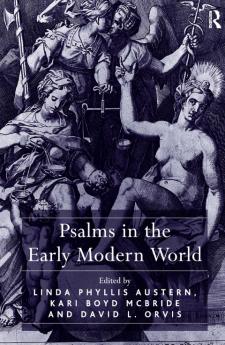 Psalms in the Early Modern World is the first book to explore the use, interpretation, development, translation, and influence of the Psalms in the Atlantic world, 1400-1800. In the age of Reformation, when religious concerns drove political, social, cultural, economic, and scientific discourse, the Bible was the supreme document, and the Psalms were arguably its most important book.The Psalms played a central role in arbitrating the salient debates of the day, including but scarcely limited to the nature of power and the legitimacy of rule; the proper role and purpose of nations; the justification for holy war and the godliness of peace; and the relationship of individual and community to God. Contributors to the collection follow these debates around the Atlantic world, to pre- and post-Hispanic translators in Latin America, colonists in New England, mystics in Spain, the French court during the religious wars, and both Protestants and Catholics in England. Psalms in the Early Modern World showcases essays by scholars from literature, history, music, and religious studies, all of whom have expertise in the use and influence of Psalms in the early modern world. The collection reaches beyond national and confessional boundaries and to look at the ways in which Psalms touched nearly every person living in early modern Europe and any place in the world that Europeans took their cultural practices.