The Psychology of Religion 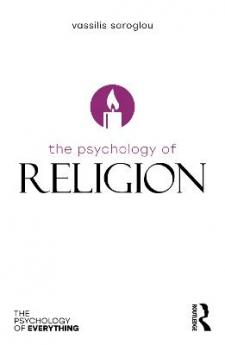 Does religion positively affect well-being? What leads to fundamentalism? Do religious beliefs make us more moral?

The Psychology of Religion explores the often contradictory ideas people have about religion and religious faiths, spirituality, fundamentalism, and atheism. The book examines whether we choose to be religious, or whether it is down to factors such as genes, environment, personality, cognition, and emotion. It analyses religion's effects on morality, health, and social behavior and asks whether religion will survive in our modern society.

Offering a balanced view, The Psychology of Religion shows that both religiosity and atheism have their own psychological costs and benefits, with some of them becoming more salient in certain environments.