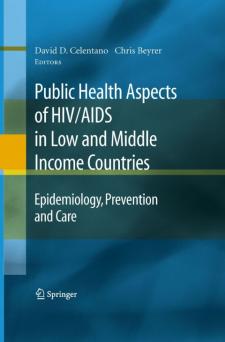 It has now been 25 years since the apocryphal report in the CDC Morbidity and Mortality Weekly Report dated June 5, 1981 entitled, “Pneumocystis Pneumonia - Los Angeles”, which announced what was to become HIV/AIDS. HIV has now affected virtually all countries that have looked for it and has had a devastating impact on the public health and medical care infrastructure around the world. HIV/AIDS has also disproportionately affected nations with the least capacity to confront it, especially the developing world nations in Sub-Saharan Africa, South and Southeast Asia, and the emerging republics of Eastern and Central Asia. The pandemic, unlike any other disease of our time, has had profound impacts on the practice of public health itself: bringing affected communities into decision making; demanding North-South partnerships and collaborations; and changing the basic conduct of clinical and prevention trials research. While much has been written in scholarly publications for medical, epidemiologic and disease control specialists, there is no comprehensive review of the public health impact and response to HIV/AIDS in the developing world. This edited volume seeks to systematically describe the emergence and form of the epidemics (epidemiology), the social, community and political response, and the various measures to confront and control the epidemic, with varying levels of success. Of particular importance are strategies that appear to have been useful in ameliorating the epidemic, while contrasting the situation in a neighboring country or region where contrasting prevention or care initiatives have had a deleterious outcome. Common to all responses has been the international multi-sectoral response represented by the Global Fund for HIV/AIDS, Malaria and Tuberculosis, the President's Emergency Plan for AIDS Relief, and the Gates Foundation, among others, to promote HIV pharmacologic therapy in resource-poor settings. The chapter authors will explore the political challenges in meeting HIV/AIDS prevention and care in concert with the public health realities in specific country and regional context.