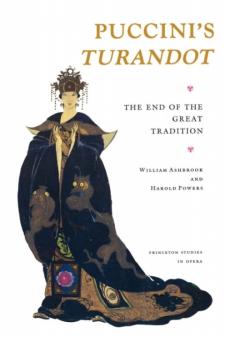 Unfinished at Puccini's death in 1924, Turandot was not only his most ambitious work, but it became the last Italian opera to enter the international repertory. In this colorful study two renowned music scholars demonstrate that this work, despite the modern climate in which it was written, was a fitting finale for the centuries-old Great Tradition of Italian opera. Here they provide concrete instances of how a listener might encounter the dramatic and musical structures of Turandot in light of the Italian melodramma, and firmly establish Puccini's last work within the tradition of Rossini, Bellini, Donizetti, and Verdi. In a summary of the sounds, sights, and symbolism of Turandot, the authors touch on earlier treatments of the subject, outline the conception, birth, and reception of the work, and analyze its coordinated dramatic and musical design. Showing how the evolution of the libretto documents Puccini's reversion to large musical forms typical of the Great Tradition in the late nineteenth century, they give particular attention to his use of contrasting Romantic, modernist, and two kinds of orientalist coloration in the general musical structure. They suggest that Puccini's inability to complete the opera resulted mainly from inadequate dramatic buildup for Turandot's last-minute change of heart combined with an overly successful treatment of the secondary character.