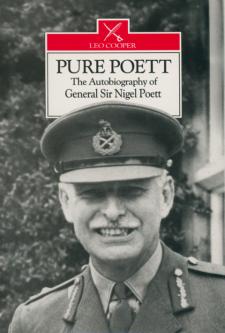 This is the story of a professional soldier and of his many adventures throughout the world. His father was a soldier, and it was no surprise when young Nigel Poett went to Sandhurst and then to Egypt, the North-West Frontier, India, Japan, Australia and New Zealand. His long career included appointment as Director of Military Operations in the Suez crisis and Commandant-General of Staff College, and ended with his command of the Far East Land Forces. Possibly the most eventful period, however, was when, as an Airborne Brigadier, he was given the task of commanding the airborne assault on the two vital bridges over the Orne which had to be captured to secure the left flank of the Normandy Invasion front.