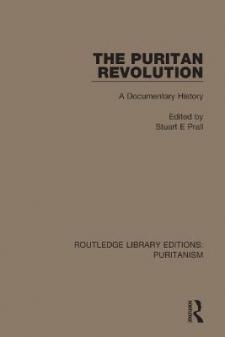 Originally published in 1968, the documents collected in this volume (all re-set for ease of reading), trace the history of the Puritan Revolution from its roots in the early seventeenth century to the Restoration. They show how the causes and the course of the upheaval were reflected immediately and polemically in the torrent of books, tracts and pamphlets, letters, speeches, sermons, petitions, paper constitutions and government instruments that accompanied and often precipitated events. The documents substantiate the conviction of many scholars that the English Revolution represented a shaking of society comparable to the French and Russian revolutions. The Introduction discusses the work of historians of modern-day historians of the period and contributes to the debate about the underlying causes of the crisis.