The Queening of America 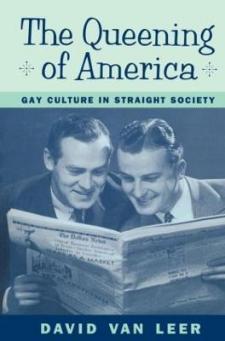 Since at least the end of the nineteenth century, gay culture - its humour, its icons, its desires - has been alive and sometimes even visible in the midst of straight American society. David Van Leer puts forward here a series of readings that aim to identify what he calls the "queening" of America, a process by which "rhetorics and situations specific to homosexual culture are presented to a general readership as if culturally neutral." The Queening of America examines how the invisibility of gay male writing, especially in the popular culture of the 1950s and 1960s, facilitated the crossing of gay motifs in straight culture. Van Leer then critiques some current models of making homosexuality visible (the packaging of Joe Orton, the theories of Eve Kosofsky Sedgwick, the rise of gay studies), before concluding more optimistically with the possible alliances between gay culture and other minority discourses.