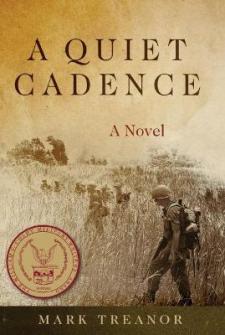 Sometimes it takes years for a combat vet to understand what his war did to him when he was nineteen. And even longer to explain the cadence he has marched to since then to the people he loves.

Family and friends know Marty McClure as a kind, peaceful man. They aren't aware that when he was young, he plumbed the depths of terror, hatred and despair with no assurance he'd ever surface again. Now he needs to reveal what happened in Vietnam and how, with the help of Patti, his wife, Corrie Corrigan, a disabled vet, and Doc Matheson, a corpsman turned trauma surgeon, he made peace with the ghosts that have visited his dreams all these years.

With the perception and reflection of a man on the cusp of retirement from a career teaching high school kids, Marty recalls the relentless intensity of prolonged combat as a teenage Marine machine gunner facing booby traps and battles in a war with few boundaries. Arriving in Vietnam, he is appalled by the savagery of his fellow Marines as they hunt an enemy indistinguishable from the villagers he believes they are there to protect. But as friends are crippled or killed over the ensuing months, Marty has to fight not only the enemy but the vicious darkness growing in him. Wounded and sent back to the U.S., he struggles to make sense of all he has lost in a war his country abandoned. He works to become a good husband, father and teacher while he fights to bury the war and rails against friends' enthusiasm for the Memorial and the Welcome Home for Vietnam Veterans planned in D.C. Only if he accepts help from his wife and his friends will he find real peace.