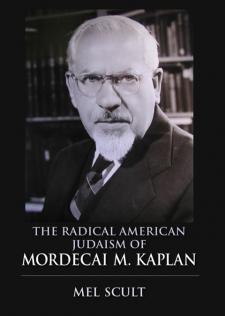 ';An important and powerful work that speaks to Mordecai M. Kaplan's position as perhaps the most significant Jewish thinker of the twentieth century.' (Deborah Dash Moorecoeditor of Gender and Jewish History) Mordecai M. Kaplan, founder of the Jewish Reconstructionist movement, is the only rabbi to have been excommunicated by the Orthodox rabbinical establishment in America. Kaplan was indeed a radical, rejecting such fundamental Jewish beliefs as the concept of the chosen people and a supernatural God. Although he valued the Jewish community and was a committed Zionist, his primary concern was the spiritual fulfillment of the individual. Drawing on Kaplan's 27-volume diary, Mel Scult describes the development of Kaplan's radical theology in dialogue with the thinkers and writers who mattered to him most, from Spinoza to Emerson and from Ahad Ha-Am and Matthew Arnold to Felix Adler, John Dewey, and Abraham Joshua Heschel. This gracefully argued book, with its sensitive insights into the beliefs of a revolutionary Jewish thinker, makes a powerful contribution to modern Judaism and to contemporary American religious thought. ';An interesting, stimulating, and well-done analysis of Kaplan's life and thought. All students of contemporary Jewish life will benefit from reading this excellent study.' Jewish Media Review ';The book is highly readableat times almost colloquial in its language and styleand is recommended for anybody with a familiarity with Kaplan but who wants to understand his thought within a broader context.' AJL Reviews