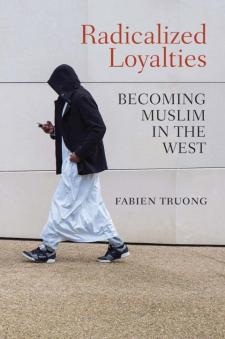 There is widespread concern today about the “radicalization” of young muslim men, and the deprived areas of Western cities are believed to have become breeding grounds of home-grown extremism. But how do young Muslims growing up in the cities of the West really live?

This book takes us beyond the rhetoric and into the housing estates on the outskirts of Paris to meet Adama, Radouane, Hassan, Tarik, Marley, and a shadowy figure whose name suddenly and brutally became known to the world at the time of the Charlie Hebdo shootings: Amédy Coulibaly. Seeing Amédy through the eyes of close friends and other young Muslim men in the neighbourhoods where they grew up, Fabien Truong uncovers a network of competing loyalties and maps the road these youths take to resolve the conflicts they face: becoming Muslim. For these young men, Islam stands, often alone, as a resource, a gateway - as if it were the last route to “escape” without betrayal and to “fight” in a meaningful and noble way.

Becoming Muslim does not necessarily lead to the radicalized “other”. It is more like a long-distance race, a powerful reconversion of the self that allows for introspection and change. But it can also lead to a belligerent presentation of the self that transforms a dead-end into a call to arms.