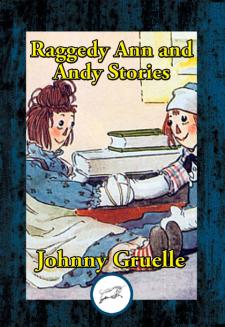 When my mother made Raggedy Ann for me, Bessie's mother made a rag doll for her, for we two always played together. Bessie's doll was given the name of Raggedy Andy, and one of the two dolls was named after the other, so that their names would sound alike. They had faces just alike, I do not remember just how Raggedy Andy was dressed, but I know he often wore dresses over his boy clothes when Bessie and I decided that he and Raggedy Ann should be sisters for the day.