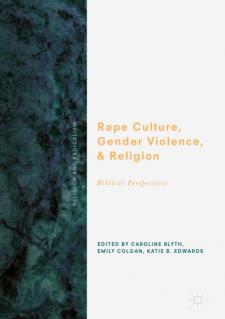 This book explores the Bible's ongoing relevance in contemporary discussions around rape culture and gender violence. Each chapter considers the ways that biblical texts and themes engage with various forms of gender violence, including the subjective, physical violence of rape, the symbolic violence of misogynistic and heteronormative discourses, and the structural violence of patriarchal power systems. The authors within this volume attempt to name (and shame) the multiple forms of gender violence present within the biblical traditions, contesting the erasure of this violence within both the biblical texts themselves and their interpretive traditions. They also consider the complex connections between biblical gender violence and the perpetuation and validation of rape culture in contemporary popular culture. This volume invites new and ongoing conversations about the Bible's complicity in rape-supportive cultures and practices, challenging readers to read these texts in light of the global crisis of gender violence.