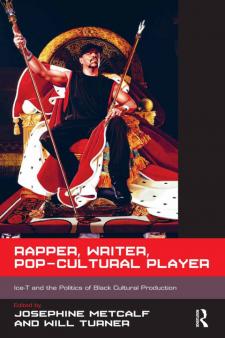 This collection of essays critically engages with factors relating to black urban life and cultural representation in the post-civil rights era, using Ice-T and his myriad roles as musician, actor, writer, celebrity, and industrialist as a vehicle through which to interpret and understand the African American experience. Over the past three decades, African Americans have faced a number of new challenges brought about by changes in the political, economic and social structure of America. Furthermore, this vastly changed social landscape has produced a number of resonant pop-cultural trends that have proved to be both innovative and admired on the one hand, and contentious and divisive on the other. Ice-T’s iconic and multifarious career maps these shifts. This is the first book that, taken as a whole, looks at a black cultural icon's manipulation of (or manipulation by?) so many different forms simultaneously. The result is a fascinating series of tensions arising from Ice-T’s ability to inhabit conflicting pop-cultural roles including: ’hardcore’ gangsta rapper and dedicated philanthropist; author of controversial song Cop Killer and network television cop; self-proclaimed ’pimp’ and reality television house husband. As the essays in this collection detail, Ice-T’s chameleonic public image consistently tests the accepted parameters of black cultural production, and in doing so illuminates the contradictions of a society erroneously dubbed ’post-racial’.