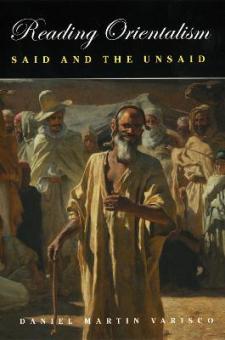 The late Edward Said remains one of the most influential critics and public intellectuals of our time, with lasting contributions to many disciplines. Much of his reputation derives from the phenomenal multidisciplinary influence of his 1978 book Orientalism. Said's seminal polemic analyzes novels, travelogues, and academic texts to argue that a dominant discourse of West over East has warped virtually all past European and American representation of the Near East. But despite the book's wide acclaim, no systematic critical survey of the rhetoric in Said's representation of Orientalism and the resulting impact on intellectual culture has appeared until today.

Drawing on the extensive discussion of Said's work in more than 600 bibliographic entries, Daniel Martin Varisco has written an ambitious intellectual history of the debates that Said's work has sparked in several disciplines, highlighting in particular its reception among Arab and European scholars. While pointing out Said's tendency to essentialize and privilege certain texts at the expense of those that do not comfortably it his theoretical framework, Varisco analyzes the extensive commentary the book has engendered in Oriental studies, literary and cultural studies, feminist scholarship, history, political science, and anthropology. He employs "critical satire" to parody the exaggerated and pedantic aspects of post-colonial discourse, including Said's profound underappreciation of the role of irony and reform in many of the texts he cites. The end result is a companion volume to Orientalism and the vast research it inspired. Rather than contribute to dueling essentialisms, Varisco provides a path to move beyond the binary of East versus West and the polemics of blame.

Reading Orientalism is the most comprehensive survey of Said's writing and thinking to date. It will be of strong interest to scholars of Middle East studies, anthropology, history, cultural studies, post-colonial studies, and literary studies.