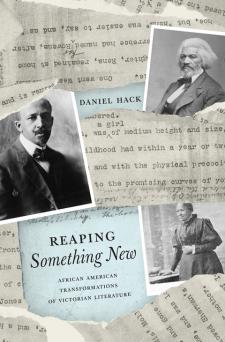 How African American writers used Victorian literature to create a literature of their ownTackling fraught but fascinating issues of cultural borrowing and appropriation, this groundbreaking book reveals that Victorian literature was put to use in African American literature and print culture in the nineteenth and early twentieth centuries in much more intricate, sustained, and imaginative ways than previously suspected. From reprinting and reframing &quote;The Charge of the Light Brigade&quote; in an antislavery newspaper to reimagining David Copperfield and Jane Eyre as mixed-race youths in the antebellum South, writers and editors transposed and transformed works by the leading British writers of the day to depict the lives of African Americans and advance their causes. Central figures in African American literary and intellectual history-including Frederick Douglass, Frances Ellen Watkins Harper, Charles Chesnutt, Pauline Hopkins, and W.E.B. Du Bois-leveraged Victorian literature and this history of engagement itself to claim a distinctive voice and construct their own literary tradition.In bringing these transatlantic transfigurations to light, this book also provides strikingly new perspectives on both canonical and little-read works by Charles Dickens, George Eliot, Tennyson, and other Victorian authors. The recovery of these works' African American afterlives illuminates their formal practices and ideological commitments, and forces a reassessment of their cultural impact and political potential. Bridging the gap between African American and Victorian literary studies, Reaping Something New changes our understanding of both fields and rewrites an important chapter of literary history.